Acting classes for actors with and without disabilities, including ASL users, will be resuming in August 2021 through the end of October via Zoom! Check out the Acting Studio tab to register

Sharon will be performing in the role of Danae & Snakes with Deaf West Theatre who has partnered up with The Getty Villa in Malibu for a November production of MEDUSA: The Musical! (November 2019)

Sharon is now holding ongoing acting classes on Saturdays 1-4pm entirely in American Sign Language and Wednesday evenings for actors with and without disabilities in LA!  Send an email with your headshot/resume/experience to ActingStudio@ShaPieLou.com

Sharon just shot a role on ABC’s Speechless in which she plays an American Sign Language interpreter (season 3, episode 13) airing in 2019. (Dec 2018)

Sharon will be performing in the show ASL Cabaret with other Deaf artists at the Wallis Annenberg Center for the Performing Arts in Beverly Hills July 20th, 2018

Sharon is shooting a series regular role on a new media series Grown in Miami this Summer! (July 2017)

Sharon recently joined The Celestial Opera Company in which they will put on a production of Carmen in the Summer. (June 2016) 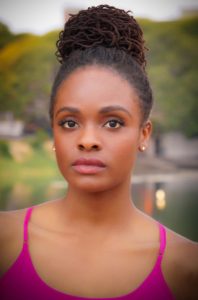 Get a glimpse of  Sharon as she works.

See what else Sharon’s been up to — from opera to poetry, and much more!